A top European diplomat said Tuesday he believes international negotiations with Iran will ultimately succeed in re-imposing limits on its nuclear program but indicated that more time may be needed. Enrique Mora, who is coordinating the talks in Vienna, said progress had been made on overcoming key obstacles at the talks.

“The obstacles (are)…something that I think can be bridged,” Mora told reporters outside the hotel where Iranian officials have been meeting with envoys from Russia, China, France, Germany, and Britain. “This is why we are here: to negotiate these different approaches, and I think we will succeed.”

A landmark agreement in July 2015 imposed strict limitations on Iran’s nuclear activities in exchange for easing U.S. sanctions but the deal was largely abandoned by the former Trump administration three years later.

U.S. President Joe Biden, along with European allies, is keen to revive the accord due to concerns that Iran has made significant advances since it stopped abiding by the 2015 commitments.

A Joint statement issued by the United States and European Union after Biden’s meetings this week with leaders in Europe described the Vienna process as “critical to ensuring the exclusively peaceful nature of Iran’s nuclear program and upholding the global nuclear nonproliferation architecture.”

The sides, it said, “share serious concerns” about Iran’s advances in the nuclear program while recognizing that “the lifting of sanctions constitutes an essential part” of a potential deal.

Although the U.S. is not directly involved in the Vienna talks but has sent a senior diplomatic delegation there to discuss the issue with many of the participating envoys, including Russian officials.

The Iran nuclear negotiations have brought about some alignment between Moscow and Washington despite years of recent tension and is likely to be discussed at Wednesday’s summit meeting in Geneva between Biden and Russian President Vladimir Putin.

Despite the potential lifting of some U.S. Sanctions against Iran, there is no indication how these changes may affect the transfer of money from Iran by our clients under the OFAC Regulations. 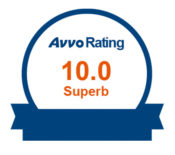